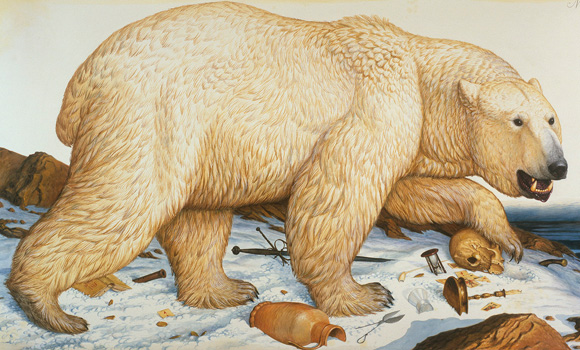 
Walton Ford’s grand scale watercolors bring new life to the great legacy of American artists like John James Audubon who assumed the mantle of natural historians of the New World, blending depictions of natural history with real-life events. Novaya Zemlya recounts the story of Dutch explorer Willem Barents, who became stranded on the Russian archipelago of Novaya Zemlya in 1596 while attempting to find a northeast passage to China. This exhibition presents the story of those Dutch explorers in an animated video and asks visitors to contribute a drawing of their favorite four legged animal.